I apologize for lack of pictures.  This always happens on party day.  I get so distracted trying to keep the pizza sauce out of my carpet and the ice cream sandwiches out of the bathroom, that my camera gets sorely neglected.

I did have fun throwing this party though.  It was just the right mixture of easy and detailed.  And it was a hit with the kids and adults. 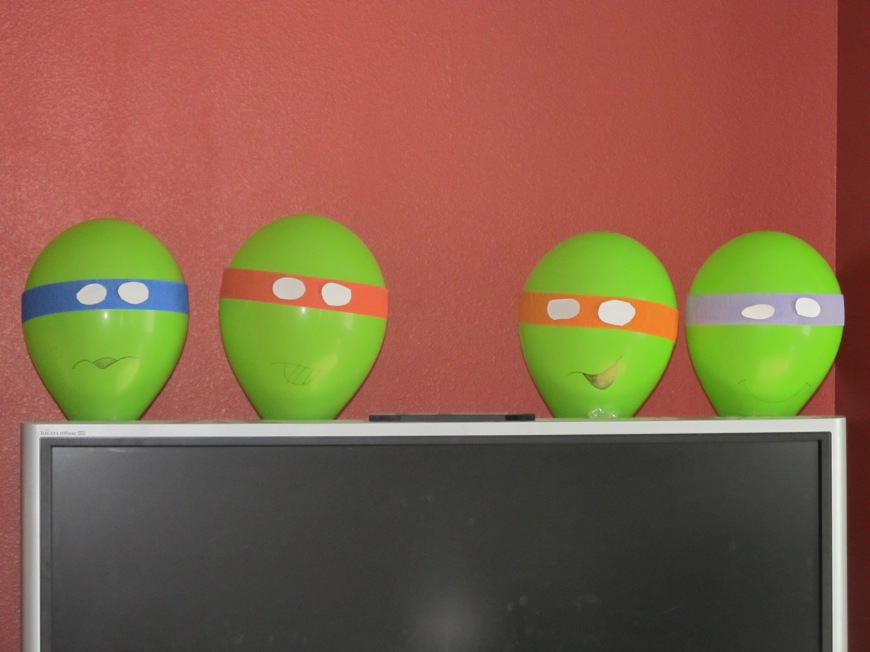 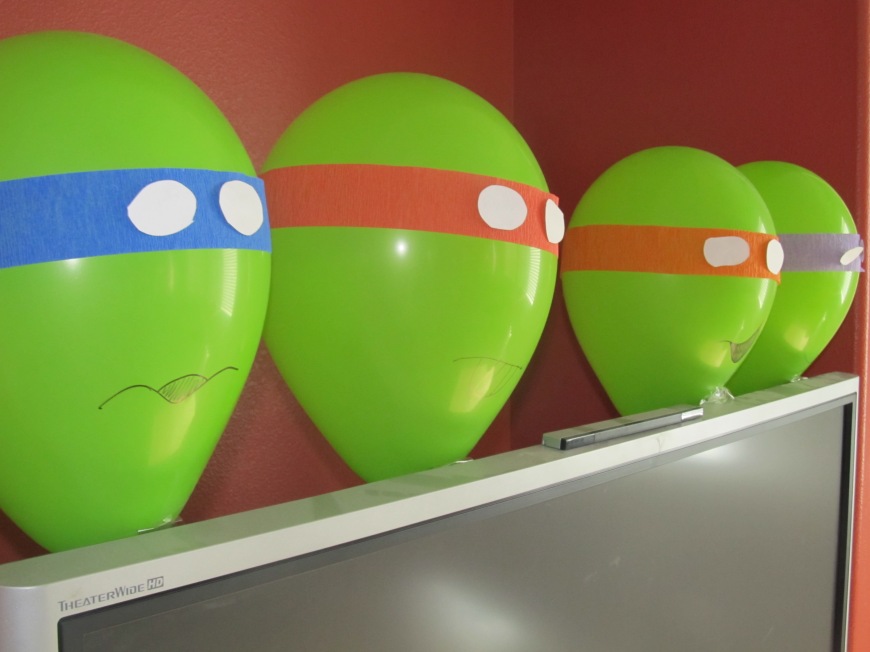 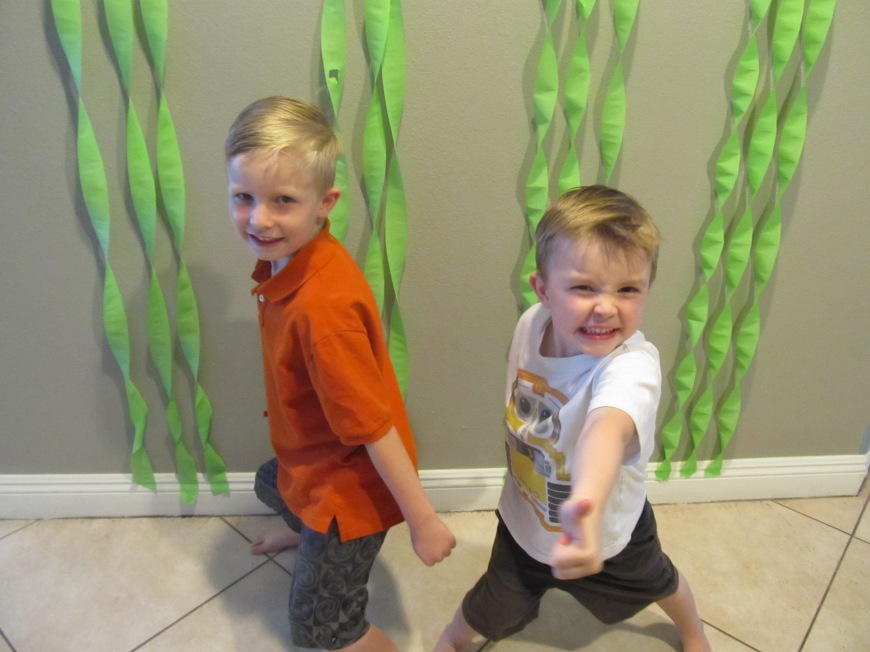 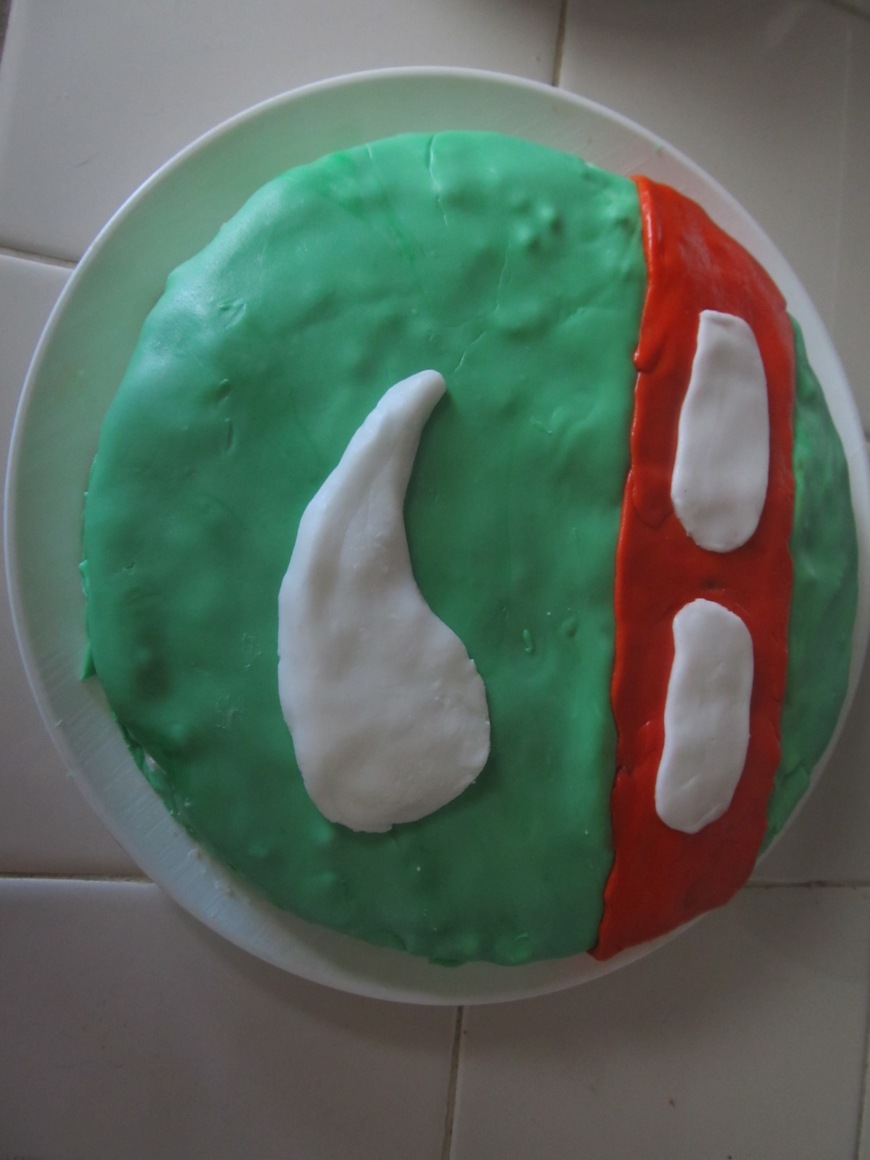 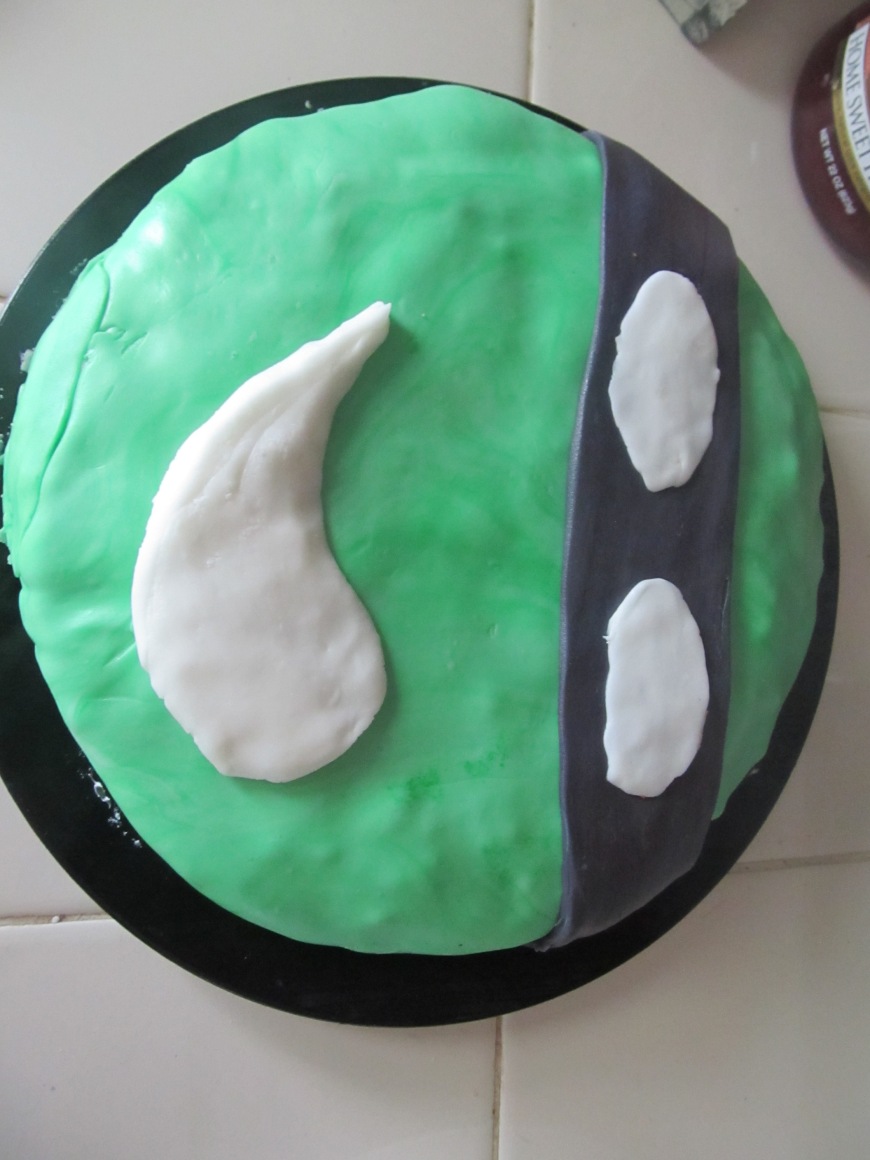 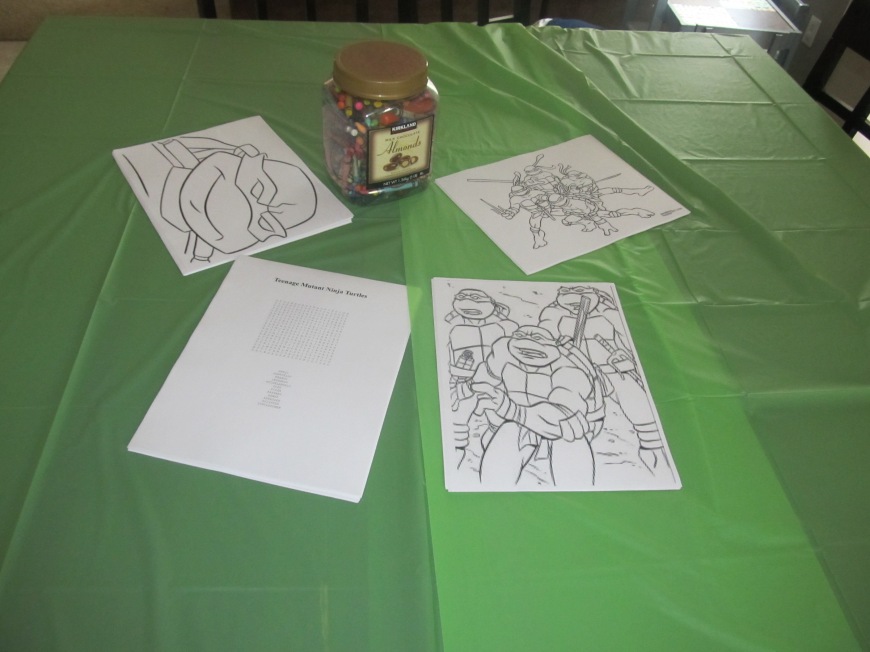 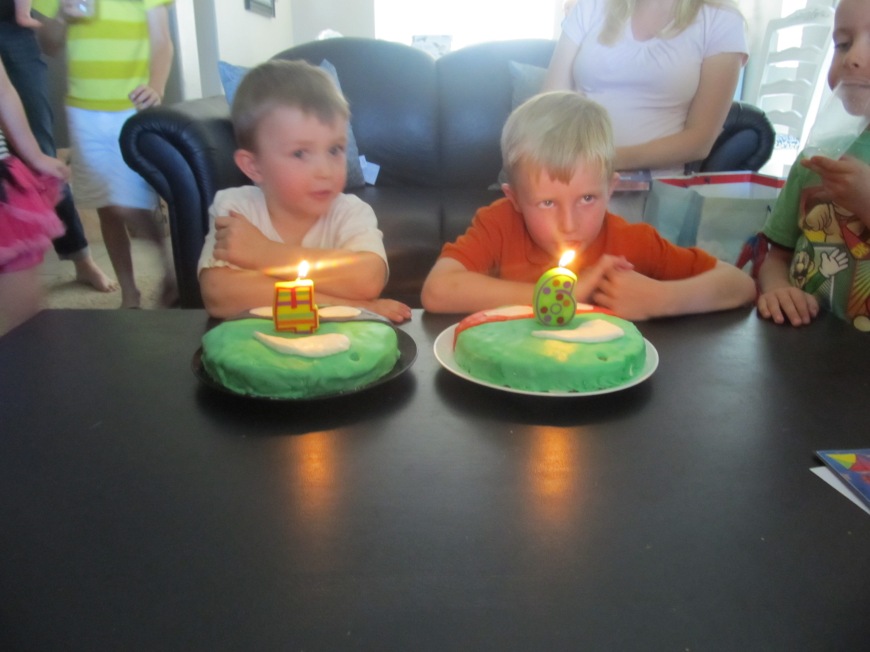 Here’s the details of the party:  I made ninja turtle balloons by wrapping streamers around a green balloon.  So simple and the boys thought it was so cool 🙂  Then I made a quick streamer wall and hung a ninja turtle banner.  I know, big on the décor this year, ha ha.

I made the ninja turtle cakes myself.  Will do a fondant tutorial later this week if anyone is interested.  Once again, super simple.  That’s my motto, after all.

I had some games planned, and even some face painting, but the kids were playing so well that all that got used were the coloring pages and wordsearches I printed out.

I made breadsticks and cut up apples slices, then bought some Costco pizzas and some green “ooze” punch.  Of course, didn’t get pictures of any of that.

I wish I could do a ninja turtle party every year because it required so little effort on my part.  If you want to throw a TMNT party, this is the way to go!